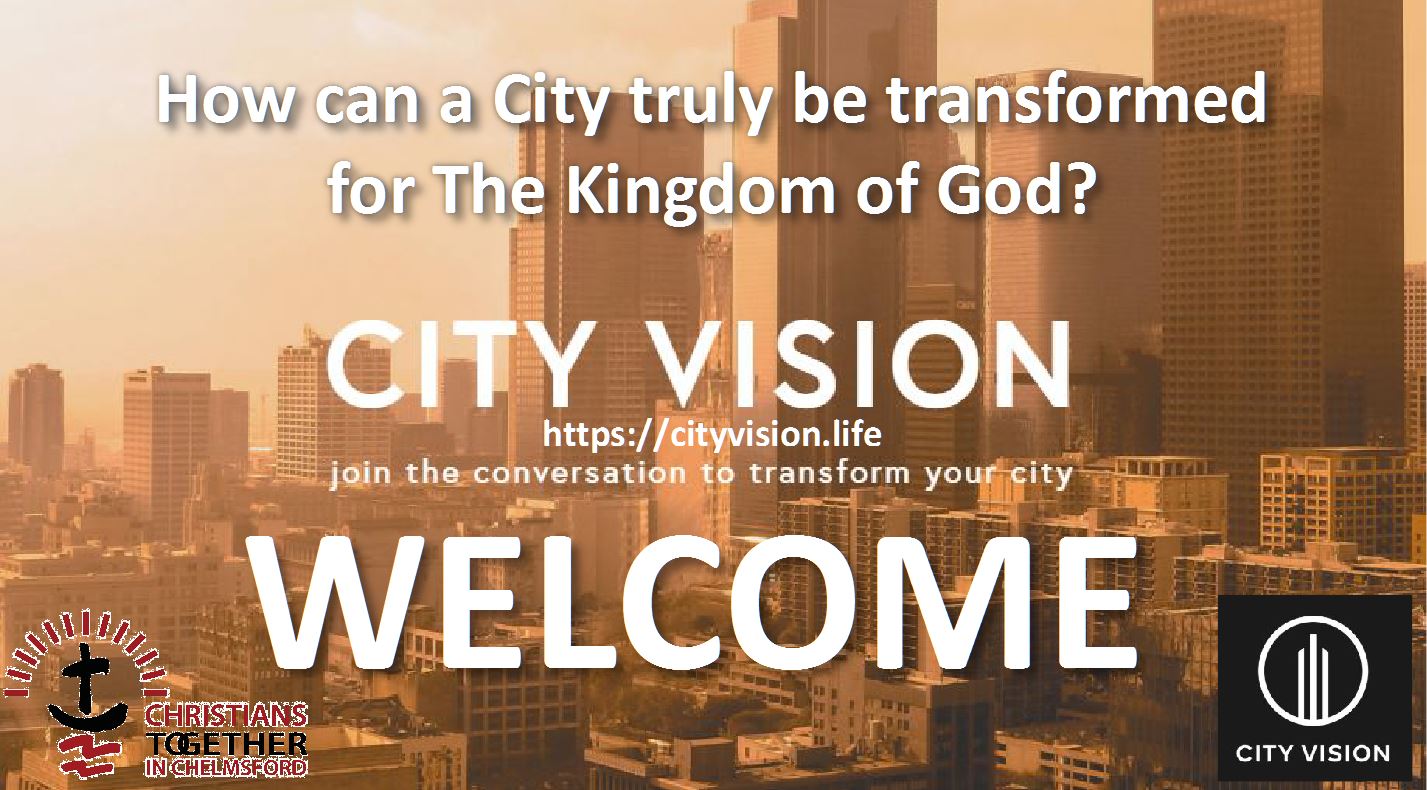 We asked the question – how can a City truly be transformed for The Kingdom of God? Cities have great prominence in The Bible. Does Chelmsford have a God ordained destiny? Since 2012, we have been England’s newest City. Good questions!

At the beginning of 2019, Christians Together in Chelmsford were introduced to City Vision – https://cityvision.life. Its founder Tony Hodges and his team have since started a dialogue with some of the CTiC Committee and other leaders and influencers within our City. 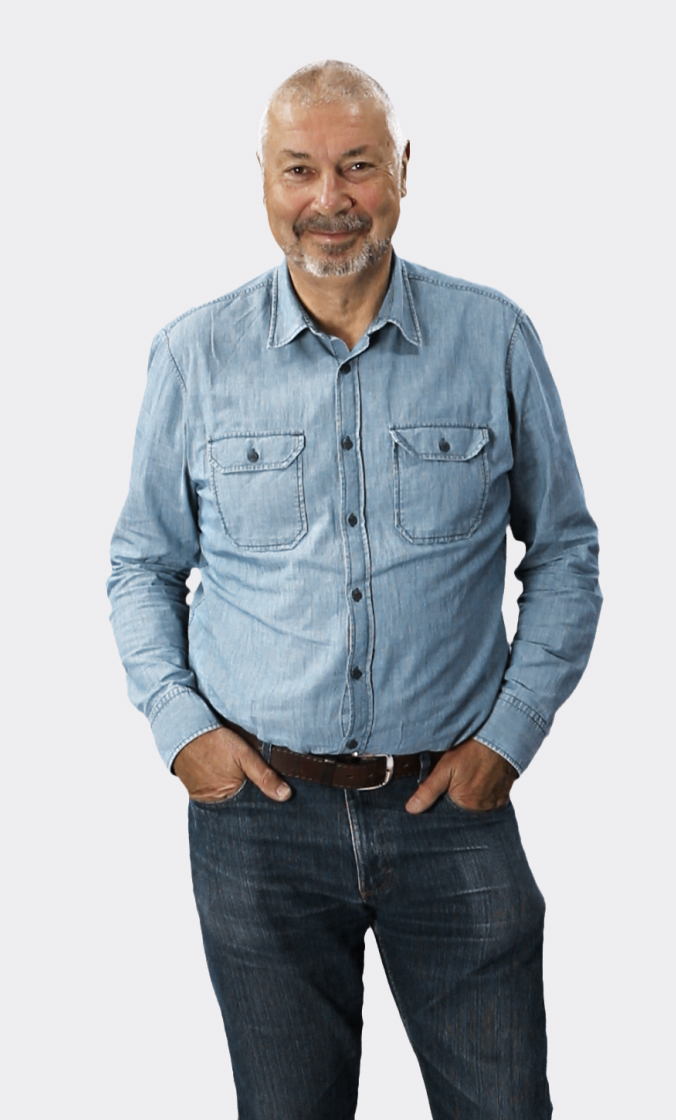 Tony Hodges, is also the founder and now Chairman of AHC, a successful consultancy company of over one hundred staff,  with offices in the UK, USA and Australia. They help large, companies and corporations, many of whom are household names, to communicate pension and benefits choices to their employees.

Tony freely admits that his personal understanding of Pensions is limited, but as a gifted communicator, the foundational principle upon which he has led and guided AHC to success is as, ‘a People Business, friendly and informal, dedicated to making a real difference to the lives people lead’.

Tony, is a committed Christian and is passionate about seeing Great Britain return to its Christian roots and to see revival for the good news of Jesus Christ to come to our nation. He firmly believes that Cities, which contain an ever greater percentage of the nation’s population and the Christians who live and work in them, both at a ‘grassroots’ and civic level, have a crucial role in seeing this happen.

From the profits of AHC, about 5 years ago Tony established City Vision, to explore through Holy Spirit guided process, how cities and their people can be transformed and become living demonstrations of The Kingdom of God on earth.

City Vision is continuing to develop their processes, to connect leaders and influencers from Civic, Business Education, Charity and Christian Community, so all might work alongside and serve each other better. It is about bringing the marketplace and The Church in a City together and removing that barrier between ‘secular ‘and ‘spiritual’ that is so often created. It is about loving and ascribing to all throughout our society equal value, even if we might disagree with their views or lifestyle – just as Jesus loves each of us, Christian or not.

City Vision is also about seeing all Christians, whatever walk of life they are in, realise that they are an influencing ‘leaven in the dough’ of City life and an affecting aroma of Christ wherever they work, play or find themselves.

On the evening of 6th June, we had an opportunity to discover more about City Vision, at Life Church and be part of an ongoing conversation about what it could mean for Chelmsford. Seventy-eight people, including leaders and influencers from our Christian Community, attended to hear a most passionate Tony Hodges unpack his vision! There is now much to consider and pray through. 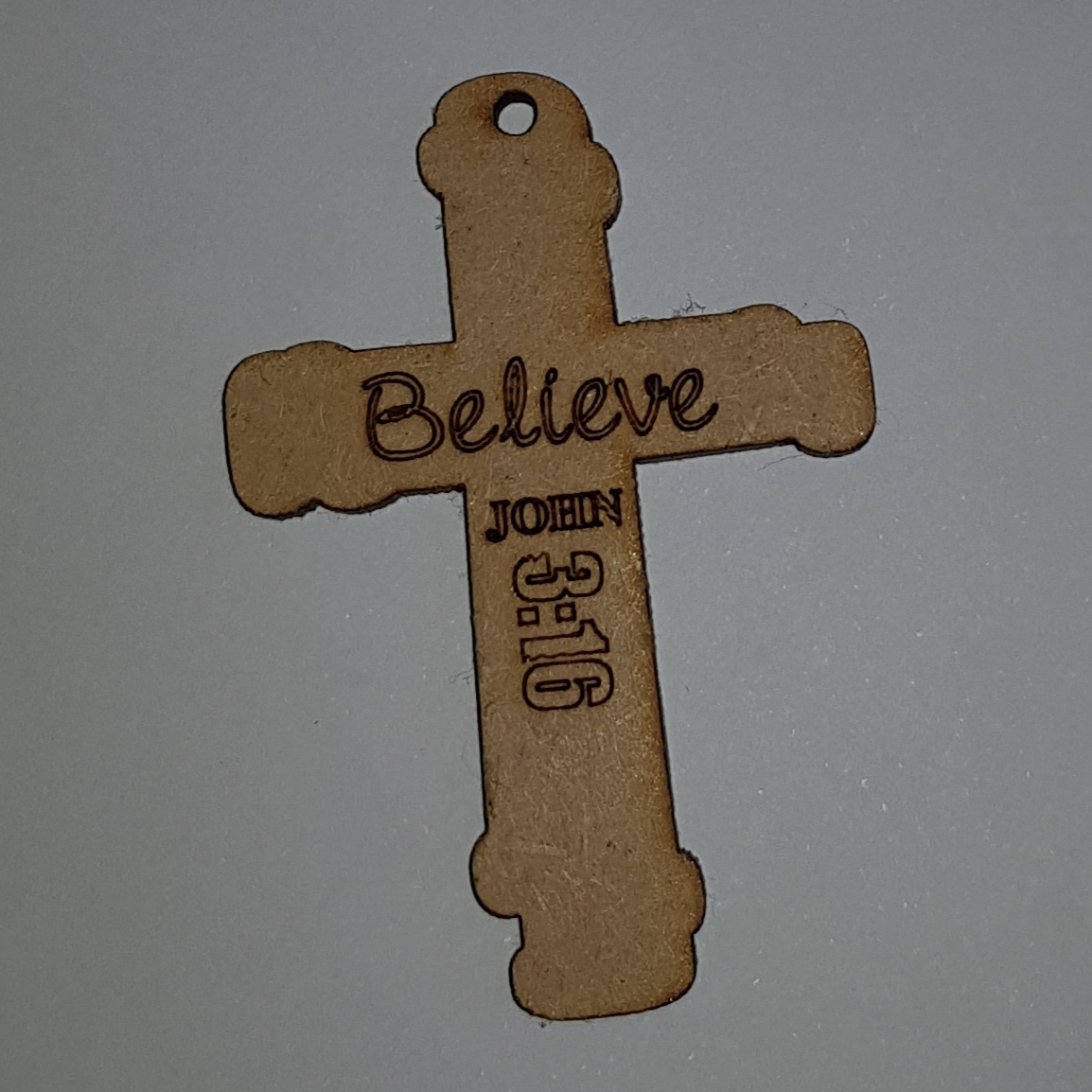 However, amongst the graphs, the charts, the processes and strategies to be explored, Tony spoke of one most simple. He always carries with him small wooden crosses, about 2 inches high and when The Holy Spirit prompts, he gives them to people in places he visits, such as businesses, shops, restaurants, hotels and in the street.

The cross is an enduring symbol of Jesus’ love and sacrifice to us all, a real conversation starter and they have touched many who have received them. Surely we could all engage with this? Wouldn’t it be amazing if our City was known as the place where you can receive the message of Jesus love by the giving of a cross?

City Vision is able to supply these crosses in quantity and we will be looking at obtaining a quantity for Christians in our City to carry and give away. 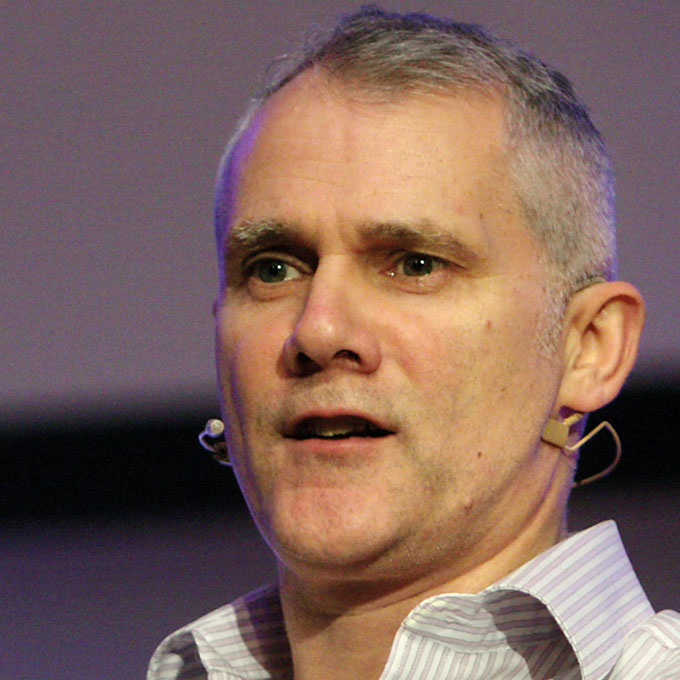 We also welcomed an old friend to the Christian Community of Chelmsford, Dennis Pethers, who formally led Viz-a Viz, a well known ministry to young people. Dennis now heads up an international ministry, The Rooftop  – https://therooftop.org/.  Dennis spoke for a few minutes about The Rooftop, the vision of which which has some striking parallels to that of City Vision.

Dennis lives in South Woodham Ferrers, a few miles from Chelmsford and there is a growing thought that he has a new and significant role to play, as God unfolds His plan for the transformation of Chelmsford.

Next steps, including a Conference in Chelmsford – 2nd November

This an unfolding journey. Initially CTiC intends to facilitate further introductions to the work of City Vision meetings within the Christian Community of our City and leaders and influencers who wish to engage directly are most welcome to do so.

We are also really pleased to announce that on Saturday 2nd November 2019, City Vision will be arranging a Conference here in Chelmsford to further explore what God has for us and the other cities of the United Kingdom. This will be held at Life Church. Please put the date in your diary and further details will be released soon. 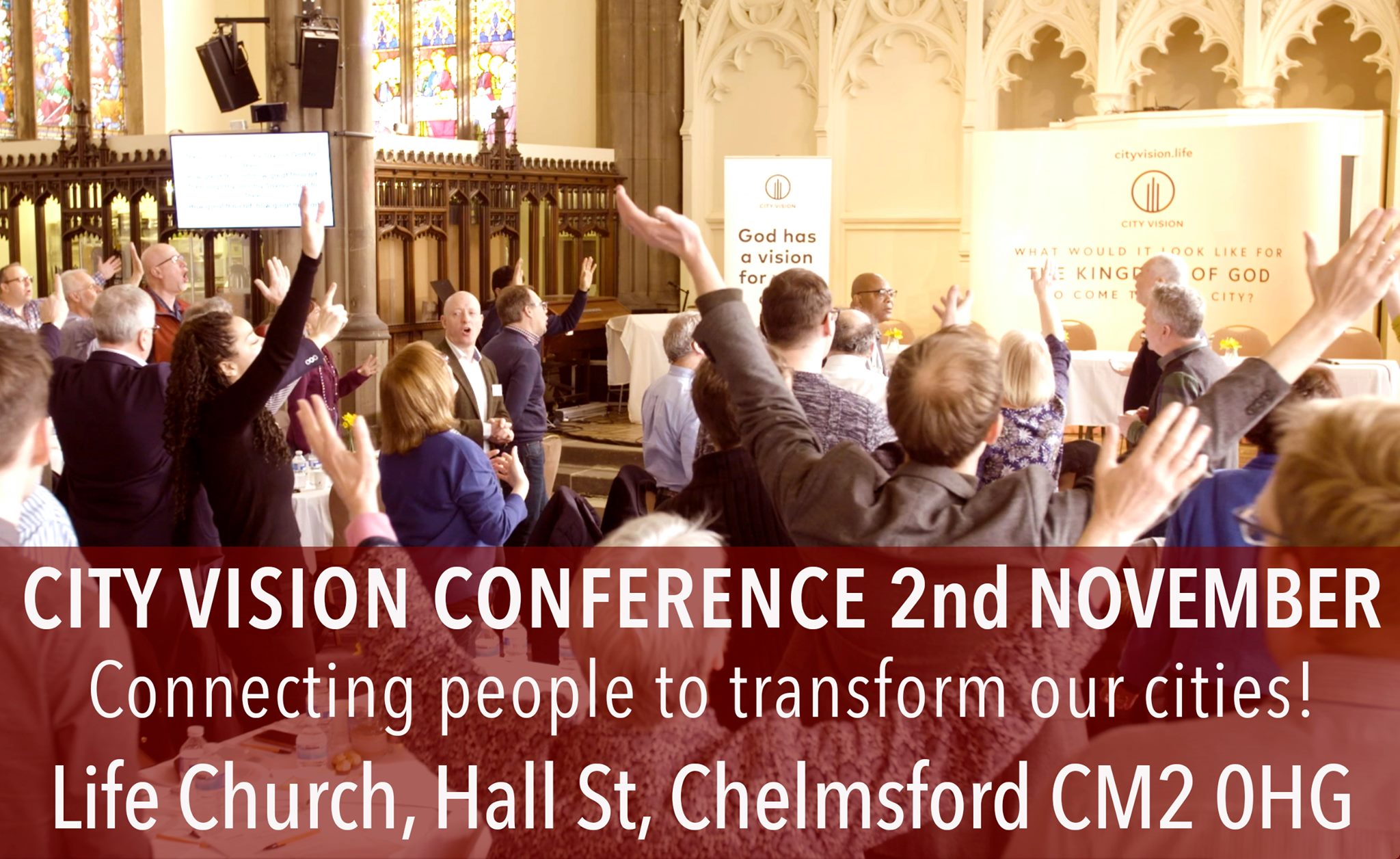